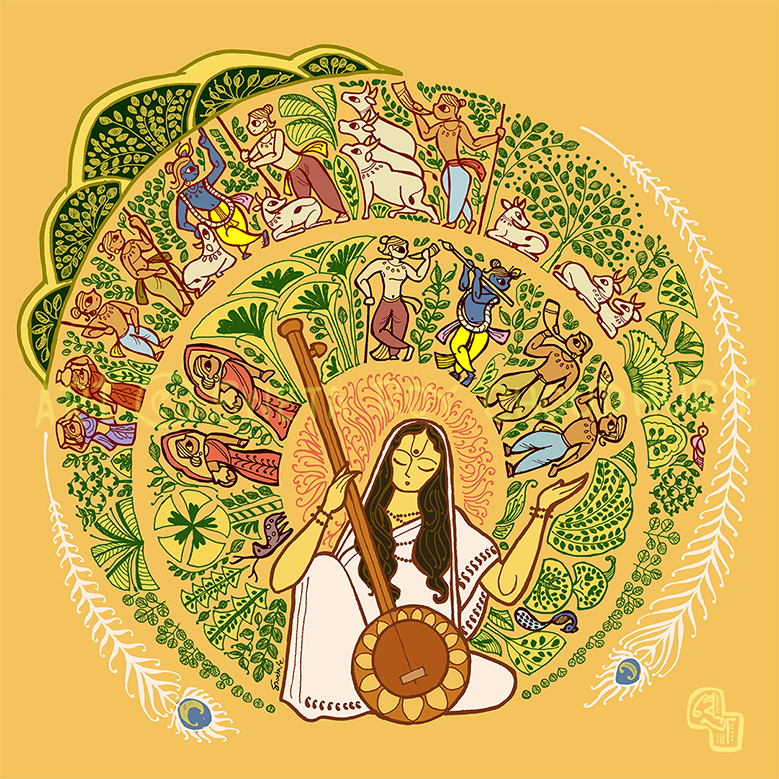 The central character depicted here is #Mirabai (1502–1556). She was a 16th-century Hindu mystic poet and devotee of #Krishna. Mirabai was born into a #Rajput royal family in #Rajasthan. Millions of devotional poems in passionate praise of Lord Krishna are attributed to Meerabai in the Indian tradition.
.
The topmost circle depicts the legend of #GiriGovardhan and Krishna.Enraged Indra, lashed the Brij with a torrential downpour, floods, and thunderstorms. Indra's fury resulted in the loss of property and livestock. Krishna lifted the gigantic Govardhan mountain on his little finger and provided shelter to people, their belongings as well as cattle and livestock.
.
The inner circle depicts Krishna with his friends playing flute.
Labels: Alpana Krishna Meerabai Mythology
Newer Posts Older Posts Home
All Images and content are the property of ©Sweta Roy Choudhury & respective owners, unless otherwise stated by the artist. Do not share, reproduce or modify without permission.